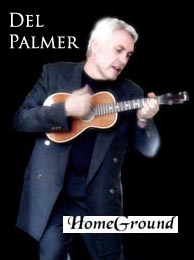 HomeGround issue 78 celebrates 25 years of the publication of the longest running Kate Bush magazine. From Peter & Krys: “The issue includes: a sixteen page exclusive interview we did at HG Towers in March with DEL PALMER; a 3 page feature written for us by GUY PEARCE on his passion for Kate’s music; a two page feature written by Beck Sian plus beautiful photo of Beck when she was a child, with Kate – (Beck is Kate’s cousin’s daughter), new poems by John Carder Bush, an appreciation of the work of John Carder Bush by fellow poet & writer Collin Kelley, great poetry, photos, a wonderful article by a teacher on introducing Kate’s work into the national curriculum, plus a feature about Aerial in perspective with Kate’s earlier albums. Anyone who would like to renew their subscription can do so easily by using the Pay-Pal buttons on the HomeGround Page. I’ve read the interview with Del and it’s fantastic, do not miss. Get your Paypal orders in now!

NEWSFLASH: The ridiculously silly HomeGround back issue SALE – £1 each plus postage!!!

We have decided to have a very silly HomeGround Sale – we desperately need to create some space in our house & loft before we go completely insane. The Silly HG Sale ends 1st October 2007. You can buy any ten of the listed issues (see the HomeGround page for full listing) for £1 each…plus postage & the total rates (for ten issues plus postage) are: UK £16.50, Europe £18.50, USA & Australia £26. Please note that Issues 74, the two Aerial special issues 76, 77 & the new issue 78 are not part of the back issue offer. Back Issues 76 & 77 can be ordered. Please send Paypal payment to hgtowers@btinternet.com. Please make cheques payable to “HomeGround Fanzine” and send to the usual HG address.

Newbits: An interview with one of Kate’s engineers on The Dreaming album, Nick Launay, is on this site:  “You engineered Kate Bush’s album, The Dreaming. How did that come about? Hugh Padgham, who during that year had become very popular doing Sting and Phil Collins, was engineering the Kate Bush album but didn’t have time. He heard some of the Public Image stuff, realized that I’d very quickly learned how to get those kind of big drum sounds, which were his thing, and I knew how to do it and got the whole vibe of that. So he suggested to Kate Bush that she should talk to me and maybe I should work with her because he couldn’t. He was basically producing The Police and Kate was producing herself, so all she wanted was an engineer. So I got put on the Kate Bush album, which I did for about two months. That was just incredible. Kate is still to this day one of the most gifted people I’ve ever met. She was just born with incredible talents. That’s a wild album, The Dreaming. It is a very wild album. It was the first one she produced on her own…she had all these wild ideas. She would come in in the morning and go, in her very high voice, “Nick, can we make the drums sound like cannons?” So we would go in and try to make this drum kit sound like it was cannons going off – every kick drum, every snare. We made up these corrugated iron tunnels coming out of the drum kit, and we would mike up the tunnel. It was very interesting, and it was just one of many things that we did, like miking up the piano in different ways. The thing about Kate Bush, and I’d say this about quite a few artists that I’ve been very lucky to work with, is that basically they’re all born with talents. These people are born with this talent that not only gives them the ability to play instruments, but songs come to them in complete form. It’s not just the lyrics, it’s the whole music, and whenever you work with these people who are rare, they usually tend to succeed.” (thanks to Teenkick78 on the forum) 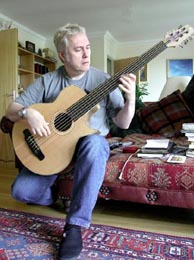 Here’s a recent photo of Del Palmer playing his custom Chris Larkin guitar. Chris is a guitar maker living in Kerry in Ireland and his site features a gallery of musicians with the instruments he has made for them. Perhaps we’ll hear this guitar on KB8? Read more at the Chris Larkin Guitars site…in the new special edition of Q Magazine they have yet another of their list extravaganzas “The 1010 Songs you MUST Own”. Kate appears at least three times. Don’t Give Up in “50 Best Duets”, And Dream Of Sheep in the chillout list and in “60 songs for the tired and emotional” they have her version of Rocket Man. Wuthering Heights does get a nice mention in Tim Rice-Oxley’s (of Keane) “20 songs that would rule the airwaves on Keane FM: ”I just can’t imagine how she ever wrote the melody. It’s a classic – a gothic story set to music. She was so young…it’s depressing, actually.” (thanks to Goldfishnation on the forum)

Something I missed mentioning in the last newsbit roundup, an article on the Glastonbury festival this year: “Fans have started arriving at the site of this year’s Glastonbury Festival, with festival goers turning up to a soggy site. Early reports however say that the site is slightly muddy, due to the heavy rainfall over the last couple of days, but organisers are predicting a sunny afternoon. Michael Eavis said: “There are quite a lot of people already on site – workers and the like – and it is pretty buzzing already, despite the rain. Because the ground is so dry, it has soaked up pretty well. The rain is predicted to clear this afternoon and the sun to come out.” Extreme measures are also apparently being taken by the festival to keep the rain at bay. According to BBC News, a spokesperson said that Eavis is to employ a cloudbusting gun, inspired by Paul McCartney’s recent display of weather control during a concert in Russia. The former Beatle was playing in St Petersburg when he sprayed dry ice into the rainclouds to keep his fans dry. Eavis is allegedly digging out his own home-made cloudbuster – last used at the festival in 1971 – which was designed by 1960s psychologist and inventor Wilhelm Reich who believed that ‘orgone radiation’ from the atmosphere caused clouds to turn to rain. The machine would be used several miles away to “break up” the clouds before they reach the site. The spokesperson said: “It is a bit of a joke. In a way it is using psychological powers to keep the rain away. He’s (Eavis) still trying to get the machine working.” (thanks to Kevin Tachman)…many of you have been writing in to say that Kylie Minogue‘s new video for her single “Chocolate” displays strong similarities between her choreography and that used in ‘Running up that Hill’ and ‘Love and Anger’. A possible tribute to Kate? The video can be seen at her official site (thanks Peter Sioen)…Susan Egan‘s Kate cover (see July 4th newsbits) is going to be Wuthering Heights, album out on Sept 7th. Susan has a big career in US theatre and cabaret and has provided voicework on animated films such as Hercules and Spirited Away. (thanks Robert)…Sony Music Italy have sent me a press release about Laura Valente‘s cover of Wuthering Heights (see July 4th newsbits): “Laura Valente, one of the most beautiful pop italian voice and ex-member of Matia Bazar group, has come back on the stage. She interprets as soloist a difficult english text, “Wuthering Heights”, taken from the novel by Emily Bronte and composed by Kate Bush. Italian DJ Mr. Conte re-arranges this song in a new special dance version. Many covers were composed all over the Europe in the past, but the great interpretation by Laura Valente exceeds the other ones for her modulations on the voices.”

Burkhard in Germany writes that Kate’s 1978 TV appearance from Bio’s Bahnhof was shown recently on German TV. The famous red dress clip was shown as part of a tribute to the show’s presenter Alfred Biolek. Looking back, Biolek said that this was her first ever TV appearance and that he was sitting in the EMI office in London to talk about musicians who could join his show in the future. He heard Wuthering Heights in the background and asked for the singer and invited her to appear. (thanks Burkhard)…Kate featured a little while back in I Am Not An Animal on UK TV (basically an animated programme about a group of talking animals). In this particular episode, a record was made which featured parts of various songs, Kate’s being one of them. Steve Coogan is one of the guys behind it, so I guess that’s why Kate was included?…on a recent Radio 2 programme on dance music in Ibiza, Running Up That Hill (Infusion remix) was played. The presenter said that while in miserable rainy England the song could be taken one way, in Ibiza, with the sun and the all round general happiness, the song took on another meaning, they then played the song and it worked! (thanks to Louise Carrington)…Ellen Greene (a stage/cabaret actress best known for originating the role of “Audrey” in both the play/film of “Little Shop of Horrors”) will include a cover of “The Man With The Child In His Eyes” on her upcoming album “In His Eyes” from Rainbo Records. Read more here. (thanks Robert)…There was an interesting article in the back of the NME (with The Hives cover) a couple of weeks ago on Kate. Ross Millard from upcoming band The Futureheads explains why he loves Kate and how they perform Hounds Of Love in their live sets. It also gives an interesting take on what to buy at the bottom of the article, and a big picture of Kate. (thanks to Claire Southwick and Priya)…Irish singer-songwriter Rhiannon has been compared with Kate recently on national radio. Described as a “highly innovative songstress and composer”, her web site is here. (thanks to Liam O’ Brien)…and finally in case you aren’t aware, Sozo continues to update his impressive translation of my site in Japanese here. (thanks Sozo, I hope the fans in Japan appreciate all your hard work!)

Another gorgeous taster, this time featuring the sublime vocals of one of Ireland's greatest singers, Carol Keogh, on this teaser excerpt from Nocturn from I WANNA BE KATE: The Songs of Kate Bush Remastered and Expanded. https://t.co/uWGo633QJ2
View on Twitter
0
8

Another teaser preview clip from the I WANNA BE KATE: The Songs of Kate Bush Remastered and Expanded album, this time Joanni by Tristan an Arzhig. Can't wait for you you to hear this one! Pre-orders here: https://t.co/re5ryhQPXJ https://t.co/s7noyNJlhF
View on Twitter
2
11

You can pre-order I WANNA BE KATE: The Songs of Kate Bush - Remastered & Expanded here: https://t.co/re5ryhQPXJ
View on Twitter
2
16

Excited to tell you about this! Check out the teaser video for the launch next week of I WANNA BE KATE: The Songs of Kate Bush - Remastered & Expanded! The classic 1998 tribute album is reborn...
https://t.co/N45cqehHUC
View on Twitter
6
21