Entitled Hounds of Love at 35 – A Kate Bush Special, Guy “celebrates the wonder that is Kate Bush with some of his pals. Beth Orton, Anna Calvi, Georgia, Nigel Godrich, Rufus Wainwright and Ex Genesis guitarist Steve Hackett all sharing what Kate means to them and how she’s influenced and shaped their musical careers. Interwoven with archive from Kate herself and of course we play the tunes off the Hounds of Love album. A show full of love for an amazing musician.” – from the BBC Radio 6 Music site here.

Absolute Radio in the UK is continuing a new season of documentaries called “I Was There“, introduced by Sophie K, with an episode about Kate’s 1979 tour featuring contributions from choreographer Anthony Van Laast, tour manager Richard Ames and writer Graeme Thomson. You can listen live at 8pm UK time on Sunday August 2nd here: https://planetradio.co.uk/absolute-radio/shows/i-was-there/

The series looks at the most iconic gigs in rock history, and also includes Woodstock, Live Aid, the Isle of Wight Festival 1970, Rolling Stones Altamont 1969, Pink Floyd, Bob Marley and more, all told by the people who were there; from the artists to the roadies, the producers to the fans.

From the episode description: “The first and (up until very recently) last tour of mercurial pop superstar Kate Bush. A show that aimed to combine music, dance, poetry, mime, burlesque, magic and theatre, was it too ambitious for its own good? Or did it change what could be achieved in pop?” Kate also features heavily in the series promo trailer below.

BBC Radio 6Music Makes The Other Sides their Album of the Day! 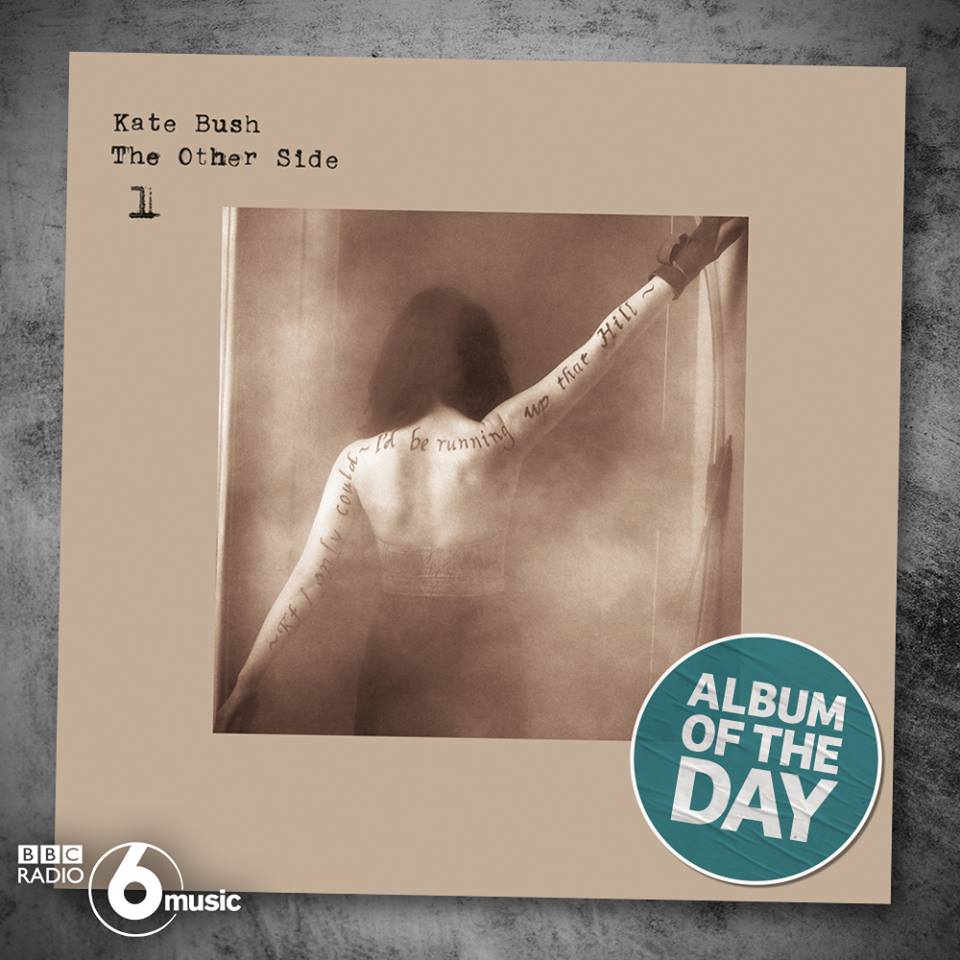 From their website: “Our Album Of The Day is The Other Sides, Kate Bush‘s new collection of remixes, b-sides, rare tracks and covers, including the likes of Sexual Healing, Rocket Man and Candle In The Wind. Hear selections from the multi-disc set on air throughout Wednesday.”

In Other artists, Radio

In a live version of Rihanna’s hit “Kiss it Better” yesterday in the BBC Radio 1 Live Lounge, Christine and the Queens incorporated the chorus from Kate’s Wuthering Heights into the performance. See the video below.

Writer and actress Sharon Horgan, famous for the sitcom Catastrophe with Rob Delaney,  talks about her love of Kate’s music in this clip from BBC 6 Music. http://www.bbc.co.uk/programmes/p05rjz66 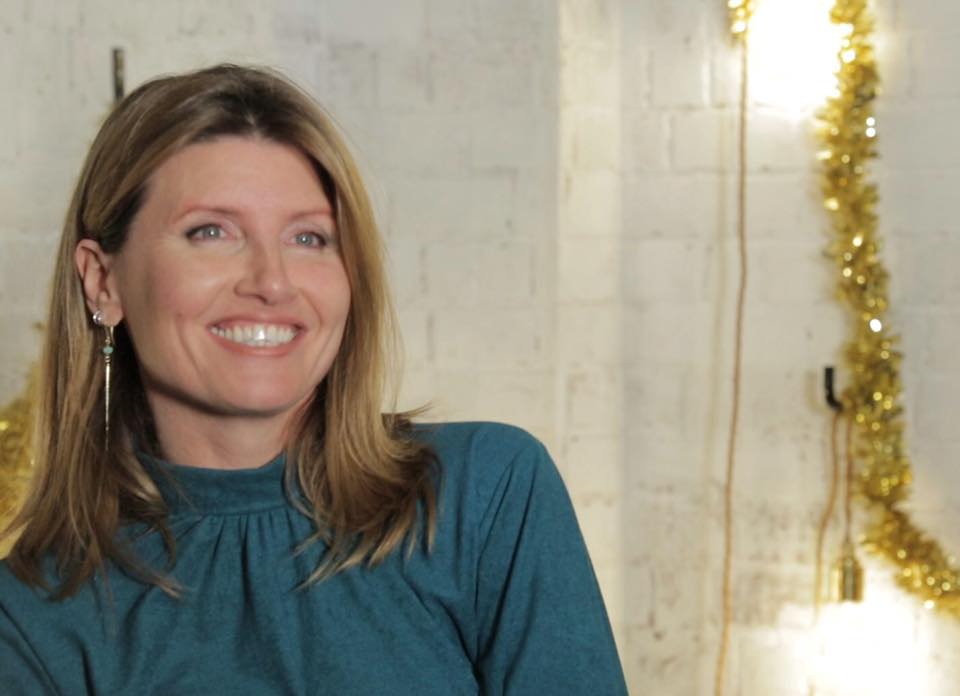 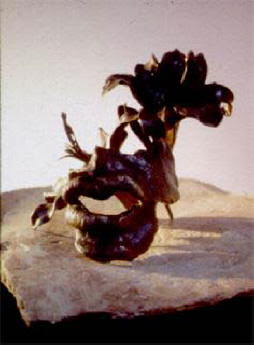 Jazz musician and singer, Jamie Cullum, is hosting a month-long “Billie & Me” feature to celebrate the centenary of Billie Holiday on his BBC Radio 2 show. On tomorrow evening’s show (Tuesday 31st March) at 7pm GMT, Kate shares her favourite track and talks about how Billie is an inspiration to her. We’re not sure if this is a new interview with Kate, or an excerpt from their previous chat in 2011.

Kate has long spoken of Billie Holiday as an inspiration, from wearing a flower in her hair in her early KT Bush Band gigs to her 1996 bronze sculpture, “Strange Fruit”, which she created for the War Child Milestones exhibition.

It’s been a year since we heard the last part of this excellent BBC Radio 3 series, presented by Lucy Duran. As she says herself, “what makes this island of strange dreams, ancestral worship and sorcery so special is its music” Now back for part 4, Paddy Bush and Justin Vali join Lucy again on this musical journey. You can listen to it here. Perfect aural sunshine to rid us of the January grey.

The first part of Mark Radcliffe‘s new interview on BBC Radio 6Music with Kate is being broadcast today. The show runs from 1pm-4pm, and we hear that the interviews usually are aired about 2.3opm, but do check the live stream. Part 2 of the interview will be aired tomorrow at the same time. Catch today’s show here.

With big thanks to Louise and Tom for providing the clip:

Three new interviews to listen out for: This evening Kate’s interview with Jamie Cullum was finally played on BBC Radio 2. This was a different interview segment from the one with Jamie that was broadcast on Dutch Radio last month (52 minutes long – listen here). This evening’s interview is a 20 minute segment. From the BBC website: “Jamie conducts a rare interview with Kate Bush, as the British singer-songwriter, musician and record producer talks about the jazz she loves. Kate also tells the story behind Misty, a track on her new album 50 Words For Snow. The two musicians discuss the complex time signatures within Misty and compare them to Take Five by Dave Brubeck, before chatting about their different approaches to composition, and their mutual love of Billie Holliday and Steely Dan.” Listen again to the new interview segment here. (outside the UK? listen here.)

DJ Mark Radcliffe in the UK announced today that he is going to see Kate tomorrow and the resulting interview will be broadcast part 1 on Monday 12th December and part 2 on Tuesday 13th December on BBC Radio 6Music (the show is 1pm to 4pm, the interviews are usually on at 2.30pm). See programme listings at the BBC Radio 6Music site here and here. (big thanks to Louise for heads up on these interviews)

This brilliant interview with Kate on sparkling form, can be heard on the BBC iPlayer at Lauren’s page here.

50 Words was comprehensively trashed on Steve Lamacq’s Roundtable on BBC Radio 6 this evening. Miranda Sawyer (as we already know) thought it was “awful”, Jamie Hince thought it “ludicrous”, and Elizabeth Morris confessed to being confused and  compared it to Meatloaf. Should you want to listen it’s just short of 48 minutes into the stream.

Mike Ragogna’s interview with Kate, transcripts of which has turned up on a number of blogs, was transmitted today on Community Radio Station KRUU Fairfield and can be heard here (Thanks Louise).

The BBC Radio 4 flagship morning news programme Today reported the release of Kate’s new album and included a snippet from the interview with John Wilson broadcast this evening on the flagship arts programme Front Row.

This was soon picked up by Reuters especially Kate’s fears for the current state of the record industry.

Listen again below to the Radio 4 interview Kate did with John Wilson on BBC Radio 4’s Front Row programme. Do not miss if you’re wondering what Kate thinks of the state of the music industry or how a rogue wasp influenced the lyrics of Cloudbusting!

Kate’s interview today on Canadian Radio with Jian Ghomeshi at 3pm GMT profiled her full career as well as 50 Words For Snow (listen again here OR click here for a free iTunes podcast download of the chat).

Also, an interview Kate did with WDR2 German Radio yesterday evening can be heard again below (thanks Louise and Tom).

Sad to hear of Paddy
Moloney’s passing -
the greatest uilleann
piper on the planet.
View on Twitter
961
0