Kate has announced on her official website the premier tonight of the animation for Wild Man. Watch it below:

I am delighted to announce the premier of our first animated film tonight. It only runs for about 2 1/2 minutes but huge amounts of care and work have gone into this. I think it looks so atmospheric and has a beautifully crafted and unique look. It has been created by Finn and Patrick at Brandt Animation. It has been really exciting working on this. I hope you like it.

I want to say a very special thanks to Mike Solinger, the producer on this project. Without him this could never have happened. I would also like to thank the Yeti who was the inspiration for the song and this short film. I hope it remains an enigma.

You can watch the animation on Kate’s official site at 19:30 GMT here.

And here we are again. So very soon after Director’s Cut, the promotional push for another studio album from Kate is now well under way.  The latest interview to support the release of 50 Words For Snow next month has been published in The Australian. In the interview with Iain Shedden, Kate talks about how her new album came about:

“It was something I had wanted to do for a few years…but it was more ideas rather than something concrete. I suppose it was rumbling around in the back of my head while I was doing Director’s Cut, but I couldn’t really get my head around it until I got Director’s Cut out of the way…I’d liked the idea of making a kind of wintry record for some time, but then it got honed down to the idea of focusing on snow…I think everyone loves snow unless you happen to be snowed in for months on end. It has a real magical quality about it. Obviously not all the songs are about snow, but there is that thread running through it…”

Kate says she doesn’t want anyone to mistake this for a “Christmas” album: “That is one concern I had when people heard the title and when they got to see the artwork on the cover . . . that they would think it was a Christmas album…people don’t seem to be saying that, which is great because it isn’t. If they did think that they’d be disappointed.”

Kate is thrilled by her guests on the album. On Stephen Fry, who features on the album’s title track, she tells The Australian: “What I was trying to do was find someone who had a great voice of authority. The idea of the song was that we would start off with straightforward words and then come up with completely ridiculous ones. That really tickles me because it’s meant to be fun.”

Kate also talks about Elton John’s performance on ‘Snowed in at Wheeler Street’: “I love his performance. He has a fantastic voice. If he had said no I don’t know who I would have asked, but luckily he said yes. I was really lucky that everyone I asked to be on the album agreed to do it.”

In Italy, the magazine XL has also published an interview with Kate, although we are still waiting for a translation. In one part of this interview Kate talks abut being flattered by being thought of as an influence on other female artists and also says that she has heard Lady Gaga’s music and thinks she’s great.  Thanks to Louise and to rblazon for pointing these out.

Update: We now have a translation of the XL interview (thanks to Antonello!)

Billboard Magazine has reviewed Wild Man, calling the track “weird and whimiscal” and that it “makes for a wicked headphone atmosphere, with Dan McIntosh’s expressionistic digital guitar curlicues wandering around a crisp Steve Gadd kit and John Giblin bass.” Thanks to Greg Gilligan for the link.

Despite what you may have heard on the radio, we have had confirmation from Fish People that there will not be a physical single release for Wild Man. You can however download it from all the usual places. See here

Update: Wild Man is now available on US iTunes.

A lot of people have been asking when Wild Man will be made available on iTunes and other download sites in the US. We have heard from Kate’s new US label, ANTI-Records, that after resolving some logistical issues, you should be able to purchase Wild Man on all iTunes, Amazon and all digital service providers very soon, they are hoping by this coming Tuesday, 18th October. We’ll keep you posted! (with thanks to Dean O’Hillis)

The BBC singles review programme Roundtable hosted by Steve Lamacq is on Radio 6 Thursday 13th October at 18.00. It is highly likely that Kate’s new single Wild Man will be reviewed by the panel which will include Radiohead’s Ed O’Brien, DJ Huw Stephens & Slow Club’s Rebecca Taylor.

You too can comment by entering the Listener’s Roundtable. Log on via the BBC 6Music website and enter your opinion with a collection of other 6Music listeners, or via twitter with the hashtag #roundtable. This sort of feedback can really help – you can also email your thoughts on the track to BBC Radio 2 and to your local commercial radio station. 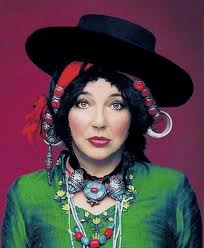 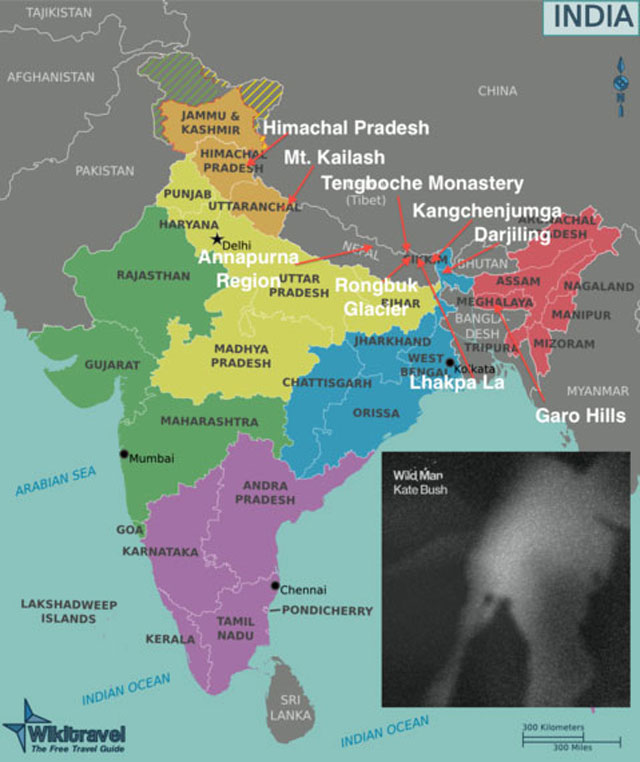 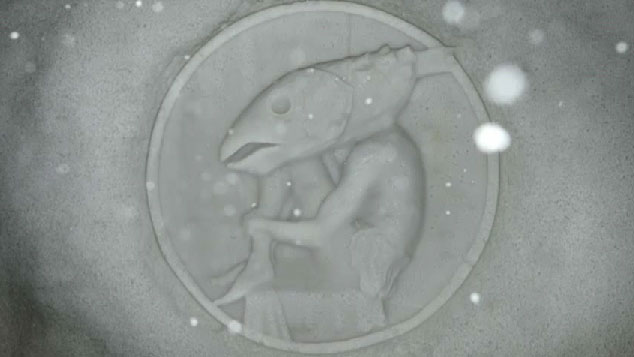 Kate’s new single “Wild Man” is now available for purchase from the following retailers and countries. Click here to see a list of shops that currently have the forthcoming album 50 Words For Snow available for pre-order.

That was quick! The NME have reviewed the new single here.

Priya Elan writes: “For those of us who have been secretly longing for a return to the unflinchingly bizarre and Bush’s ability to conjure up strange new worlds, ‘Wild Man’ is a deep joy.”

Wild Man single to get first play on BBC Radio 2 on Monday!

From Kate’s official site: On Monday 10th October Ken Bruce will be broadcasting the worldwide exclusive of Wild Man. A radio edit of Kate’s new single will be played on BBC Radio 2 (88-91FM) during Ken’s show just after 11am UK time. More at the BBC Radio 2 site here.

Wild Man is to be the lead single from the new album ’50 Words for Snow’. It will be released digitally world-wide at midnight on Tuesday October 11th. More at Kate’s official site here. There is no word yet on when the first airplay will be, but as soon as we hear we will let you know. We are guessing it will be early next week on BBC Radio 2…