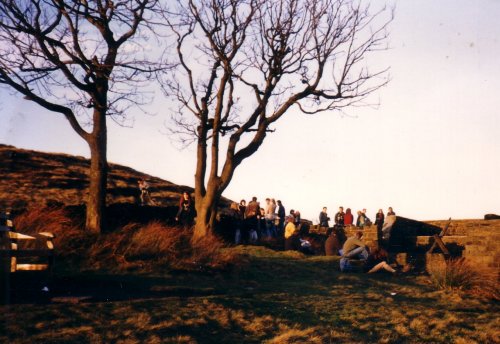 The HomeGround Wuthering Hike to Top Withens,  the legendary site of Emily Bronte’s Wuthering Heights on Haworth Moor, will be taking place on Saturday 31st October 2015, Halloween. As HomeGround old timers will know, we first did this in 1984, and have been doing it intermitantly in the thirty odd years ever since. Weather permitting of course, we’ll be leavi 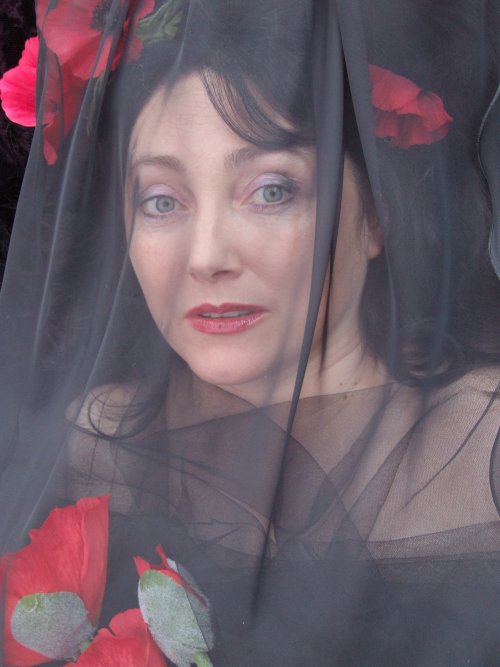 ng from the Wuthering Heights pub at Stanbury at about 1.00 pm and hope to be up at Top Withens by about 2.00 pm, and down before it gets dark. If you’re coming, make sure you’re properly dressed for hill walking and that someone knows where you are! If the weather is really bad, then we might stay in the pub! In the evening we’ll be across to the Black Bull pub in Haworth for a 8.00 pm set by our good friend, Kate tribute vocalist, A Sky of Honey, fresh from her much appreciated appearance at Birmingham.  We can recommend Haworth at this time of year, the season of mellow fruitfulness, mists,  and ghosts. [Photo of Sky by Krystyna FitzGerald-Morris]

My Kate CV: Kate fan since 1978. Saw Tour of Life at the London Palladium 1979. Went to first KBC Convention 1980. Founded Homeground with Dave 1982. Worked on 1985, 1990, and 1994 Kate Bush Conventions, and the 1986 Video Party with Dave, Lisa of KBC and Krys. Appeared in videos for The Big Sky and Experiment IV. Wrote Introduction, Chronology and Discography for EMI Music Publishing's 1987 "Kate Bush Complete". Wrote the sleeve note for the remastered 1998 reissue of "Hounds of Love". Invited to write sleeve notes for other reissues which never happened. My other CV: born 1955 in Bermondsey London, educated at Galleywall Primary, Walworth Comprehensive, and London School of Economics BSc(Econ)(Hon) 1976. Currently an Officer of the Crown Court determining legal costs in crminal cases. Met Krys in 1982 through Homeground, we were engaged on Glastonbury Tor on Kate's birthday in 1983, and married in November 1984.
View all posts by Peter →
This entry was posted in Homeground, Tribute Bands. Bookmark the permalink.