As review copies are released, The Guardian newspaper grants Before the Dawn a 4-star review. Alexis Petridis, who deems Kate’s live album the album of the week, writes:
“…unlike most latterday live albums, it actually sounds like a band playing live. There’s a sibilance about the vocals, a sort of echoey, booming quality to the sound, the occasional hint of unevenness: it doesn’t feel like a recording that’s been overdubbed and Auto-Tuned into sterility. Given their pedigree, you’d expect the musicians involved to be incredibly nimble and adept, but more startling is how propulsive and exciting they sound, even when dealing with Bush’s more hazy and dreamlike material. It’s a state of affairs amplified by Bush’s voice, which is in fantastic shape.” Read the full review at the Guardian site here. 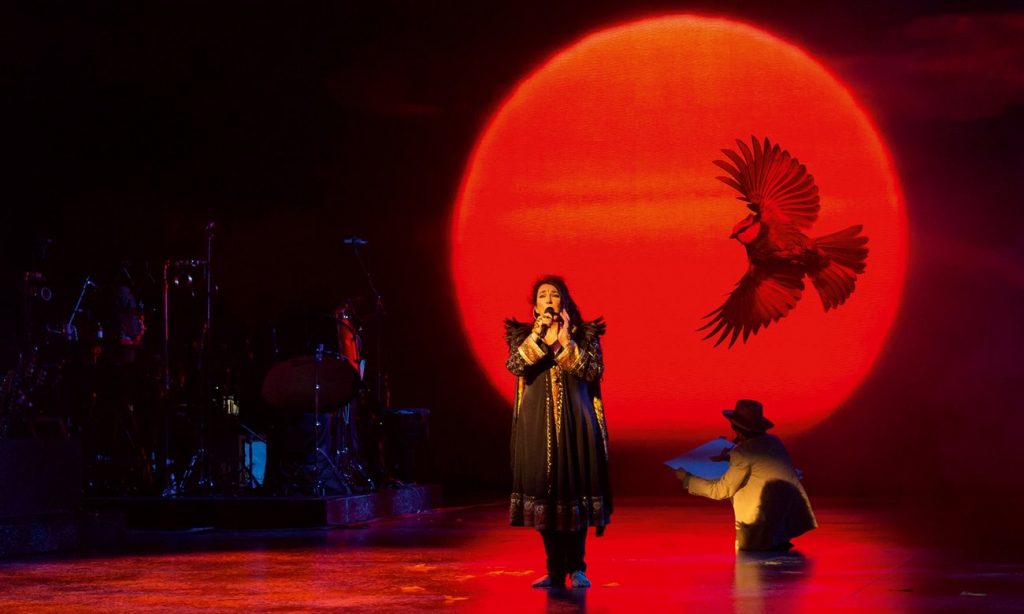