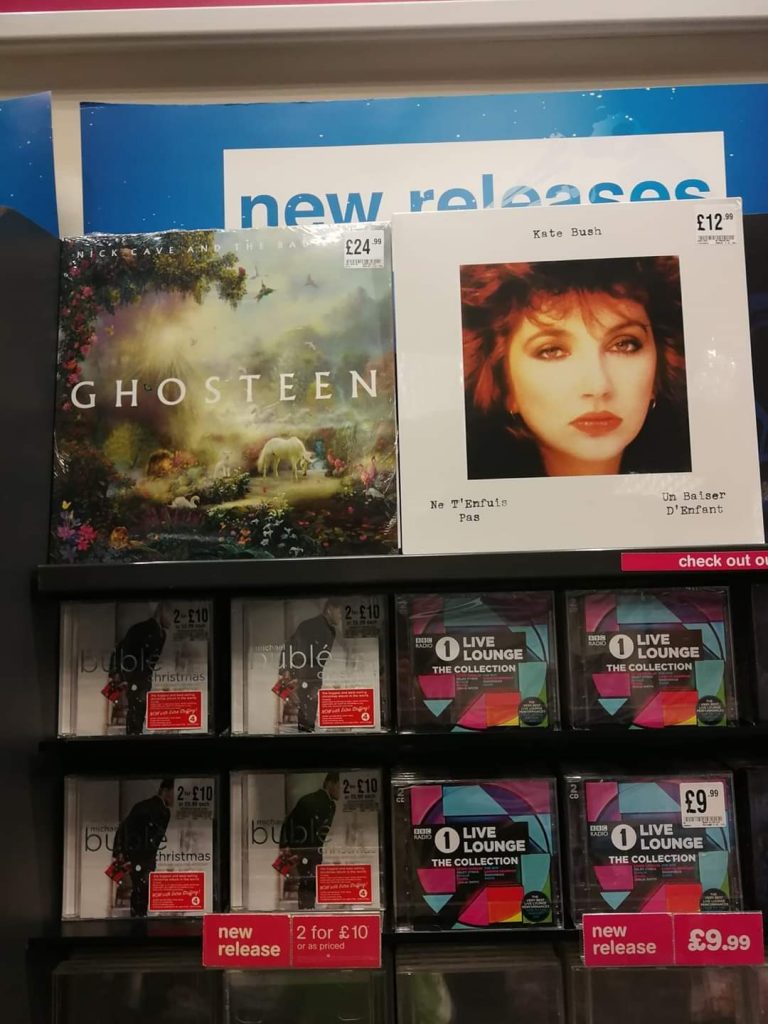 Update Sunday November 17th: The 12″ single has climbed to Number 1 in the UK vinyl singles chart! [Trivia Note: the official chart site is using the same misspelling of the title from the b-sides of the Suspended in Gaffa and There Goes a Tenner 7″ singles from 1982!)