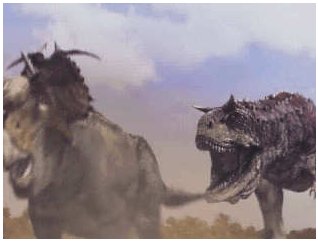 The editors of HomeGround fanzine have confirmed for me that Kate has recorded a song for the upcoming Disney computer animated blockbuster Dinosaur, which is scheduled for US cinema release on Memorial Day, May 2000. This follows rumours posted on the famous “movie geek” web-site Aint It Cool News. Dinosaur has been a hugely anticipated project which will apparently set new boundaries for animation, and it has been rumoured to be one of the most expensive films ever made. The animated dinosaurs will be voiced (including Joan Plowright, Juliana Marguiles and Kiefer Sutherland) but the film is expected to have strong dramatic elements and is not a musical comedy. The plot is said to centre around an Iguanadon raised by lemurs who tries to survive the end of the Mesozoic era. As Peter Fitzgerald Morris of HomeGround has told me, Kate’s track is “…apparently for the emotional turning point of the film…..shades of the death of Bambi’s mother??!!” Peter also adds the traditional Kate news story disclaimer: “…not absolutely certain whether it’ll be used at this point”. We’ll keep you posted on all developments. (see update March 17th 2000).