The latest issue of Q magazine (issue 161, February 2000) features “The Greatest Rock N’ Roll Photographs Ever: Twenty-five pictures. Twenty-five icons and epiphanies. Proof positive that sometimes 1/100th of a second can tell you everything about an artist you could ever wish to know.” Gered Mankowitz talks about the featured Kate session in Soho 1978 (12 different black & white photos from the famous shoot accompany the article): 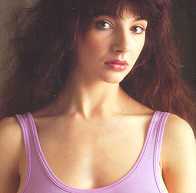 “EMI asked me to come in and see the video for Wuthering Heights. It was the first time I’d heard it. Love it or hate it, you’re going to want to hear it again because you can’t believe your ears, so we needed a picture where you can’t believe your eyes. The video had a tremendous dance presence and she was incredibly beautiful, so I proposed a simple picture using dancers’ workout gear.  I think she was 17- very sweet, very serious about her music, lovely to work with. She was in complete control. EMI loved the images so much that they devised a campaign that included putting them on the front of buses. The impact was extraordinary. Buses were delayed because people were running around to the front to catch an eyeful.” (posted by Angela on rec.music.gaffa)

SHANE REACTION@imshanereaction
If you ever need cheering up just remember that every July thousands of Kate Bush fans gather around the world to perform Wuthering Heights dressed head to toe like Kate Bush herself https://t.co/jWJPNIYmmp
222
0