More King Of The Mountain Reviews

In Aerial, King of The Mountain, Reviews 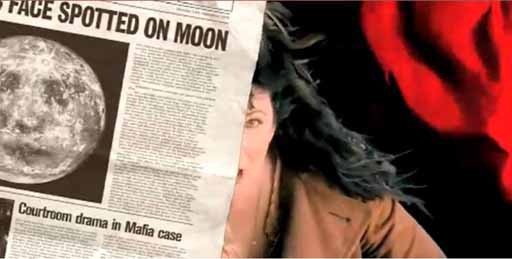 The NME has reviewed the single in style: “Ok, so it was hardly worth waiting a decade and a bit for but then what is? Nothing that we can think of. What it is, mind, is an apt reminder of just how little everyone else is trying right now and just how Ms Bush has been missed. It’s five minutes of druggy acenes, has a mental breakdown in the middle, and sounds like Sade washing down lyrical razorblades with plummets of fizzy white wine nabbed from Massive Attacks rider. But with more heart than a Canadian AOR radio station or a passionate snog with a Care Bear. If we were excited about the album before we heard this (and we were, very), now we’re EXCITED IN BIG CAPITAL LETTERS.” Eye Weekly in Toronto writes: “The famously melodramatic (some would say screechy) chanteuse’s influence on such singers as Björk and PJ Harvey has come full circle on “King of the Mountain,” currently available only as a download. The rumbling bass and propulsive drumming recalls Harvey’s “A Perfect Day, Elise,” while Bush takes her creepy torch-song vibe down a notch, mostly reining in her upper register to devastatingly intense effect. Learning how to smoulder is the final frontier for great singers, and Bush does it without giving up the vulnerability that made every teenage wallflower in the ’80s stare longingly at her LP jackets.”

…here’s an article on Peter Bochan’s Alternative Music Blog which reveals that King Of The Mountain is the 231st song about Elvis! “At least one of his white jump suits is in the video with Kate, along with a storyline that seems to be a throwback to the “Is Elvis Still Alive” period in tabloid journalism, mixed with some Citizen Kane “Rosebud” imagery and some dodgy shots of Kate that seem to hide her from any full-figure viewing–maybe she’s going through her own “later elvis” type period. Whatever the reason, this first sample from the upcoming “Aerial” is very encouraging, “King Of The Mountain” is vintage sounding and full of the usual “moments of pleasure” that Kate has been delivering since 1977’s “Wuthering Heights”. Read more here…BBC Radio 1 may be largely ignoring the single from it’s playlists (no, we can’t figure it out either) but one DJ, Rob Da Bank continues to rave about the single: “She makes us wait 12 years and then bam! She’s back and jeepers creepers the lady’s been busy if this, the first single from her new album Aerial is anything to go by. Wooshy wind noises – check! Mystical lyrics – check! Genius reggae guitar and bountiful production – check! Best pop song of the year so far and proud to be a Blue Room tune. Welcome back!” See it at the BBC Radio 1 website here…finally, need wheels to get to the record shop next week to buy the single? The “big black car” from the Cloudbusting video is up for sale – see here!