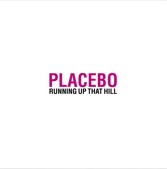 Happy Christmas! New episode of the Kate Bush Fan Podcast all about her classic Christmas song December Will Be Magic Again has just landed! https://t.co/1ER2Wub7n0
View on Twitter
5
40

Kate has sent a thoughtful Christmas greeting to her fans this evening! https://t.co/yYCok1k2KI
View on Twitter
31
174

See this Instagram post by @abbeyroadstudios https://t.co/FLZt5mfUsb The Instagram account of Abbey Road Studios has shared a snowy animation of the December Will Be Magic Again single cover along with one of the original recording sheets from the session!
View on Twitter
6
47