We have tracked Theo Bleckman’s live shows in which he puts his own twist on a number of of songs from Kate’s canon. He has now released an album on Winter & Winter Records: 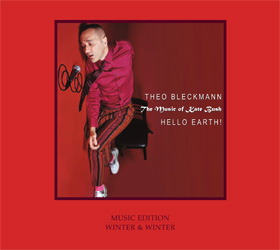 “After tackling American composer Charles Ives and receiving a Grammy nomination for it and after releasing »refuge trio«, which has been awarded with an ECHO Jazz, and a solo album, Theo Bleckmann now takes on the outstanding songbook of British pop recluse Kate Bush.”

The album contains 14 tracks and all the details are here

The New York Times said: “Kate Bush is a special fit for him. The arc of her career, uneasily abutting art-rock and alternative music, jibes with his own off-kilter profile. And she’s another transfixing singer with a penchant for careful diction and spooky connotation, and deep interest in the subconscious.”