Forty Years Ago – “Wuthering Heights” from the HomeGround Anthology 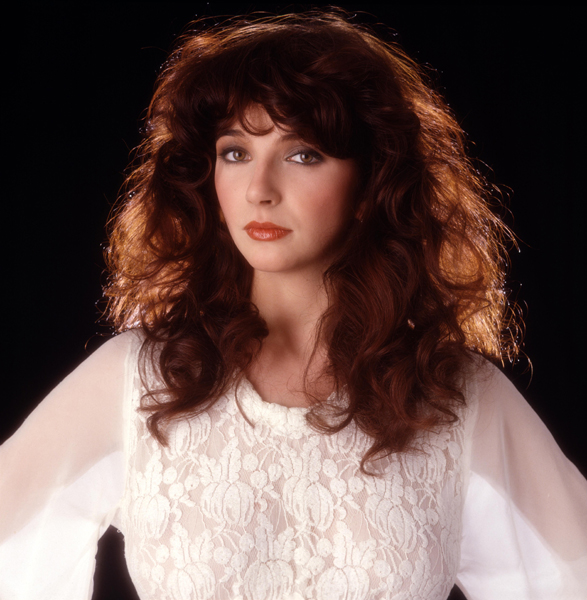 “… As far as we know, Kate Bush’s most famous song was written sometime in March 1977, late at night, with a full moon shining in at the window. It was the final exorcism of a presence that had haunted her since she had caught the scene with Cathy at the window in the 1967 black and white BBC adaptation of Emily Brontë’s novel. Though not originally conceived as her début single, to Kate, as the recording session wound on in August 1977, it became both musically and vocally the obvious track to break through the hard shell of public indifference. EMI were not at first convinced. To them, James and the Cold Gun looked much more like the obvious lead − pause now and consider what might have happened if they had had their way. Would it have been so big? Would that have been better in the long-run for Kate’s career development? Would Kate have been perceived by the general public and the rock establishment and press in a totally different light?

EMI finally relented and allowed Kate her own choice, and a release date was set for November 4th 1977. The “demo” copies were pressed up and many were sent out. One of these landed on the desk used by Eddie Puma, then the producer of ‘The Late Show’ for the London commercial radio station Capital Radio. He was entranced on his first hearing and left the disc for the presenter of the show Tony Myatt. They were both convinced that it was a superb single of rare quality and began playing it right away. The other DJs on the station were not so certain.

Meanwhile back at EMI’s Manchester Square headquarters a dispute had broken out over the artwork of the sleeve. The company had conceived an integrated publicity campaign centred around a Gered Mankowitz photo of Kate in a pink dance leotard − which apart from being the centrepiece of the posters would also form the covers of both single and album. Kate wasn’t so sure she wanted a campaign built more around her body than her music, and began to argue for an album cover design featuring a concept of the song Kite which her boyfriend Del Palmer had originally put together. Though it was late in the day, EMI again relented and allowed Kate to have her way.

By the time the new artwork was ready, Christmas was upon the popular music world, and it was decided that it would not be a good idea to throw Kate into the Yuletide maelstrom. A new release date was therefore set for 20th January 1978.

In the new year airplay was already buoyant as DJ after DJ picked up on the baffling song and the mysterious singer. Who is she? Is she really Japanese? The music press presented its reaction in the 21st January editions. Sounds did not notice Kate at all, and the NME declined to review her record, lumping it with some “thirty other thing-hells distinguishable because of vomit-inducing contents… manufactured entirely to be consumed”, an ironic attitude perhaps for the music paper that was later to invent ‘New Pop’ and eulogise Dollar.

Rosaline Russell in the Record Mirror jumped in feet first. Under the heading: ‘B-o-r-i-n-g’ she opined that Kate’s single was a “Rotten song”, which however “might be a hit” on its “novelty value”. In the Melody Maker Ian Birch put Wuthering Heights with five other new singles under the sub-heading of ‘The Cream’, and attempted to tackle the matter honestly:

The reaction amongst the general public was usually extreme: hatred or ecstasy, though many in both camps admitted that they could not understand a word. This problem was tackled directly by Jonathan King when he sat in for DJ Kenny Everett one day on his then Saturday lunchtime Capital Radio show. He played the record one line at a time, and then read from the lyrics he had obtained from EMI. This didn’t clear up all the confusion of course − the conversation with which this chapter is headed was reported to the author from a works canteen at the end of January.

In early February Kate went to Germany and then to Holland to promote the single, and in Germany made her first TV appearance, on the rock programme ‘Scene 78’ made in a disused railway station popularly known as ‘Bio’s Bahnhof’ after the presenter.

On the official British Market Research Bureau (BMRB) chart announced on February 7th Kate was in at no.42, and one week later crashed into the top 40 at no.27. Suddenly all hell broke loose. ‘Kate Bush’ the household name in the UK dates from this week. She was called to do ‘Top of the Pops’ on 16th February, all flaring hair, sheer black top and black stiletto heels, going through her routine like a demented witch. Kate was not taken with her own performance and later described it as like: “watching myself die”!

The national press were now into the act, besieging Manchester Square for interviews and photos, and at the end of the month the first interviews appeared in the British music press. The TV was not far behind − Kate appeared on on the BBC programme ‘Saturday Night at the Mill’ and the ITV programme ‘Magpie’, performing on the former Them Heavy People and Moving live for an unbelieving audience and on the latter a rather well studied if overacted Wuthering Heights. In the next chart she was up to no.5 and unstoppable.

the Daily Mail shouted. Kate was total public property. She had penetrated through to the British public in a way of which most rock stars could only dream. She was in demand from all sections of the media, and even ended up being interviewed between the politicians on the BBC late-night current affairs programme Today. We can only wonder if she had time to reflect where her brother Paddy’s innocent request to help him with his violin practice by banging out some chords on the family piano had taken her. Her life could never be the same again …”