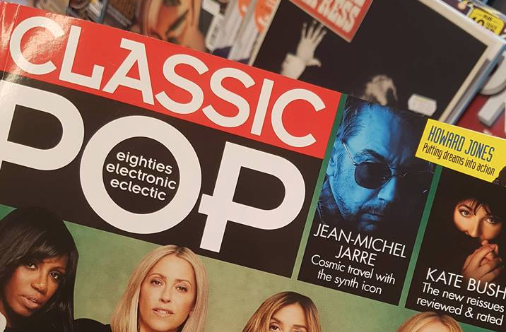 More great reviews for Kate’s stunning remasters. Ian Gittins in Classic Pop Magazine gives the project 5 stars and says “this comprehensive reissue of her remastered career works as a salutary reminder of just what an extraordinary artist she is…CD Box 1 (The Kick Inside to The Red Shoes) is frequently staggering…the albums on CD Box 2 are bigger on stylised reflection and lighter on impactful pop hooks, but harbour moments of genius…driven, visceral, thespian, experimental and yet capable of conjuring up sheer pop nuggets, Kate Bush has always been a groundbreaking very British artist like no other”

Meanwhile in the new issue of Q Magazine, Victoria Segal reviews the first two vinyl sets, again rating them 5 stars. “Another excuse to embrace Kate Bush’s back catalogue…while Vinyl II catches Bush in her ’80s pomp, Vinyl I….shows her revving up for the full-throttle transformations of ’83’s The Dreaming.” 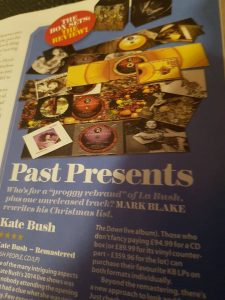 That Mojo Magazine Kate Bush-starring cover feature includes another big review, giving Remastered a solid 4 stars. It’s the first review to mention *that* hugely anticipated unreleased track: “You could imagine her singing the previously unreleased country-tinged pop song Humming with the KT Bush Band in the ‘70s” Reviewer, Mark Blake, continues: “The musical leaps made in the ‘80’s between Never For Ever, The Dreaming and Hounds of Love sound even more vivid here. Bush and Guthrie’s new cuts put the listener right there: close enough to get cut by Babooshka’s flying glass or trapped shivering under the ice floe in The Ninth Wave. It also gives us the opportunity to reacquaint and re-evaluate. Who else had forgotten The Red Shoes’ Nigel Kennedy-assisted industrial-rock freak-out Big Stripey Lie? Meanwhile the B-sides offer a bewitching sub-plot to the main story. Anyone for synth-pop-meet-French-chanson on Ne T’Enfuis Pas or Brechtian oompah on Ran Tan Waltz? Kate Bush is rarely predictable but if…Remastered is intended as a curtain call, then it also adheres to that great showbiz maxim and leaves you wanting more.” 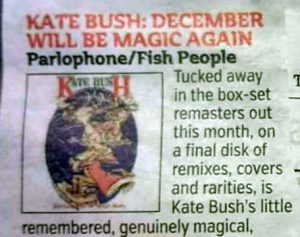 Finally, in a feature on Christmas records, the Metro newspaper in the UK singles out December Will Be Magic Again from the upcoming Remastered rarities collection as a gift option: “Tucked away in the box-set of remasters out this month, on a final disc of remixes, covers and rarities is Kate Bush’s little remembered, genuinely magical, distinctly Bowie-esque 1980 Christmas single. So too is the gorgeous, brief acoustic number Home For Christmas from 1992. It’s Kate. It’s great. Obviously.” (How lovely to see this single cover appearing in print today – Remasters; job done!)