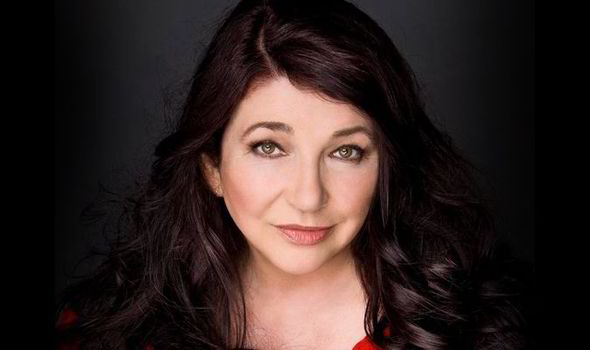 UPDATE: APRIL FOOL! None of the story below is true…but like many of you, we sort of wish it was! Thanks for taking the joke in the spirit intended 🙂

It has been reported that Kate is among a group of 21 well known people in the UK arts world to be asked over the weekend to form an “extraordinary advisory commitee” to counsel the UK parliament in the current Brexit stalemate. Names from the world of music, film, literature and art, including JK Rowling, Danny Boyle, Kate Tempest, Stormzy, Ken Loach, Jeanette Winterson, Grayson Perry and Rita Ora are also believed to have been approached to form the advisory group which is to sit “with near immediate effect”.

The committee will be tasked with helping to formulate an agreed plan as the UK government continues to struggle to find any progress on the Brexit impasse. The extraordinary committee, part of a range of citizen’s assemblies being hurriedly created this week, may in fact be chaired by Kate, a source tells us. “The recent emphatic statement by Kate Bush rejecting any affiliation with the Conservative Party would seem to make her an ideal candidate to head up this committee with the aim of finally solving the Brexit matter once and for all.”