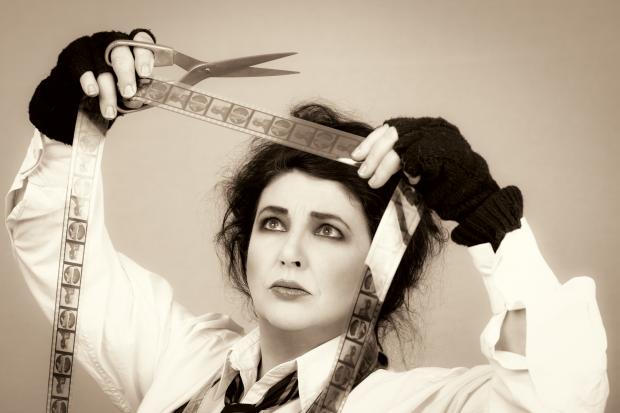 What a lovely afternoon. The sun was shining brightly here in Dublin when I went along to the offices of EMI Ireland to hear Director’s Cut. The fine weather only added to the joy and excitement I felt. A new Kate Bush album. It actually didn’t feel as if much time had passed since the last time I found myself in the same building, at a playback of Aerial in 2005. I’ll never forget that day, my head full of bird-song and clothes line imagery. I floated out afterwards. I’m very glad to report that my feet weren’t quite touching the ground either as I left to catch the bus after hearing Director’s Cut. I was grinning from ear to ear. This was another album I knew I would be happily spending a considerable portion of 2011 with.

I suppose the nature of this project has thrown a few fans from what I’ve been reading online. There’s been a lot of talk about original versions, and what Kate was “doing” to them. “What if she changed this? How could she ever top that? What’s the point of revisiting such a perfect song?” Kate will have her own reasons for doing this record at this time, and no doubt the coming interviews will shed fascinating light on her motives. All I know is that on my very first listen I experienced each song on this album as a fresh, beguiling new entity. At no point did I weigh up which bits were “changed” or “missing”, I really wasn’t thinking about those cherished songs from The Sensual World and The Red Shoes. I was too busy enjoying these Director’s Cut songs,  each one washing over me as a new, satisfying musical moment in itself. The album, as a whole, works beautifully and there’s a few reasons for this.

The production feels consistently bright, punchy, direct and full of oxygen. The windows have been opened up, the tracks breathe in an exhilarating way. Kate’s determination to work this way when she created Aerial is continued into this album. Kate’s vocal performances are my favourite thing on this album, which might seem like a mindlessly obvious thing to say, but I lost count of the many surprising and new ways in which she uses her voice. Kate sings in her deepest tones yet on And So is Love, adding an even “wiser” layer to this meditation on the nature of love and life, before her voice soars upwards again towards the end. A fist punching the air moment for this listener. A glorious John-Lydon-esque moment in Lily where she repeats the word “darkness” was a particular favourite. Kate becomes Molly Bloom in Flower of the Mountain, the directness of Molly’s dreamy stream of consciousness captivated me. The wistful, rambling thoughts of Leopold’s wife tumble out of Kate’s mouth in earthy, confessional tones as the pulsating rhythm somehow suggests Molly’s quickening heartbeat.

The way Kate uses ‘silence’ in this record works brilliantly. Two memorable instances spring to mind; once in Song of Solomon and another time during her utterly different reading of This Woman’s Work, the choral backing reaching an almost agonising intensity before instantly cutting out. For some weird reason, and films are a conceptual thread with this project after all, I pictured that moment in Close Encounters of the Third Kind when Richard Dreyfuss is in his truck at the railway crossing and his turbulent encounter with the UFO comes to an abrupt, breathtaking end. Well, I told you these were first impressions! I loved the new This Woman’s Work, by the way, so delicate with the keyboard acting almost as points and splashes of light in parts.

Many people have picked up on the ‘live’ feel of Deeper Understanding and this is another consistent strength of this record. I felt as if I had been invited to sit in the audience of a concert performance, a special event, with all the immediacy and sense of connection that comes with that. In Moments of Pleasure, the quietest song on the album, there’s a section that made me gasp – it’s as if Kate gives a knowing nod to the people who love this song, and hands it over to us. If I’d had a cigarette lighter at that moment, it would have been lighted and held aloft. I sincerely hope we’ll be treated to this song, performed this way, in a live setting some time in the future.  Steve Gadd, who drums on most of the tracks here, is my new hero. The other, no-doubt-about-it, shining stars showcased on this record are the glorious Trio Bulgarka. Their performances from the two original albums really help to cement this new album together. It’s fantastic to hear them again in these new settings. Never Be Mine, full of fascinating new flourishes, is one song I cannot wait to explore much more deeply.

So, after one listening, what was the overall experience like? This may probably change, but I couldn’t shake the feeling that I had just watched a classic music performance film in my head, something like ‘The Last Waltz’.  What absolutely sealed this impression was the closing song, Rubberband Girl. In my imagining this was the KT Bush Band circa ’77 having a  lot of fun doing a pre-gig sound check in a pub, and it formed the “end credits” of this imagined film of mine. Perfection. The song is completely re-worked, absolutely thrilling, and so unexpected…the hallmark of Kate Bush, delicious stuff.

What an album. Thank you, Kate, Del and everyone involved in this record.