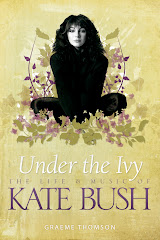 The HomeGround Book – glimpse of the Cover Art