In Beck Sian, KateSphere, Other artists 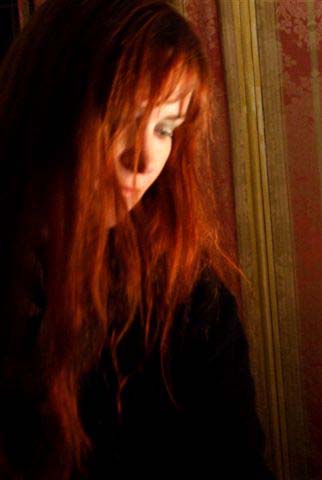 There are only 50 copies remaining of Beck Siàn’s very first release – the Ethereal EP.

Ethereal was recorded whilst Beck was living on the edge of a sub-tropical rainforest in Australia. It is her first ever recording of her own material, and was the beginning of her current musical journey. The EP features Beck’s songs Ethereal and Dream Beneath Trees (Ethereal Pt. 2) – both appeared as bonus tracks on the Unfurling CD. The EP also features Beck’s spine-tingling version of Danny Boy. This is the only chance you will have to own a copy of this track. This really is a magical, atmospheric EP. Beck’s father, David Robson, plays bullroarer and windchimes, and her good friend Stax contributes some awesome didgeridoo-playing.

There are only 50 copies of Ethereal remaining, and once they’re gone, that’s it – it’s deleted. As a special offer, Beck will sign these last 50 copies. You can purchase a copy now using the PayPal button HERE … don’t miss out…

Beck Siàn was born in Melbourne, Australia. Her mother is Welsh, and her father was born in England, but is from an Irish family. A cousin of Kate, it was her influence and artistic inspiration (as well as having a talented artist for a father) that sparked Beck’s own desire to dance, sing and create. Beck’s original music is heavily influenced by the natural environment surrounding her. Her first album, Unfurling, was set within an Australian Rain-forest. Her second full-length CD, Luminous Wings & Unseen Things is set within the formal gardens of a haunted Welsh Castle.

Never for Ever – 30 years old today