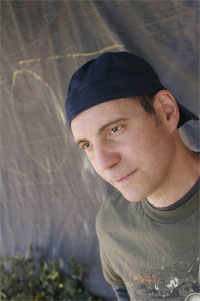 Saying It With Snowflakes: Short interview in the Wall Street Journal