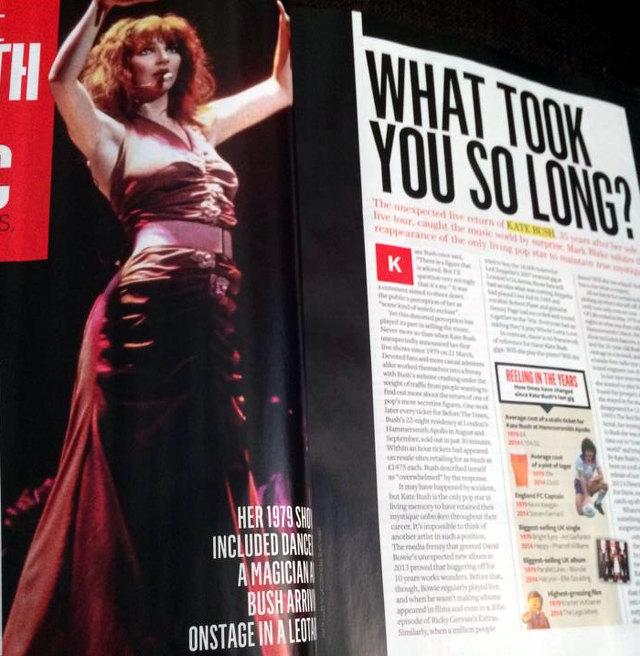 Q Magazine has ran a news item in their current issue (Lily Allen cover) on Kate’s return to the live stage. A thoughtfully considered piece by Mark Blake “salutes the reappearance of the only living pop star to maintain true mystique”

“Whatever the motivation, there’s something cherishable about a songwriter who’s succeeded in doing only what they want and when they want, for as long as she has. In a world where many pop stars tweet their every thought, these Kate Bush gigs demonstrate that she has the one commodity, other than talent, that can’t be marketed into existence. It’s the element of surprise. That alone makes these shows worth the wait.” Visit the Q Magazine site here. 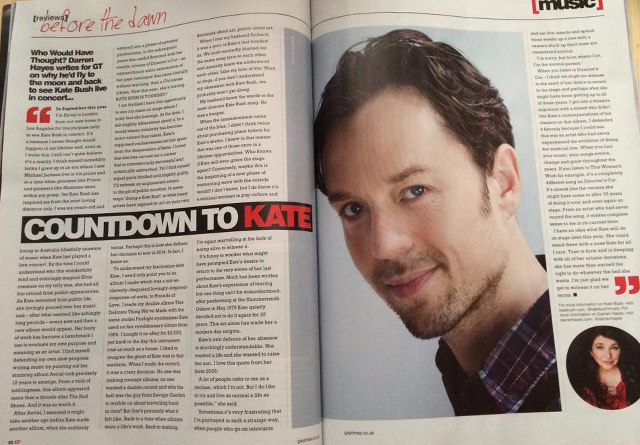 Meanwhile, in Gay Times, singer Darren Hayes (formerly of Savage Garden) writes about his excitement at the prospect of seeing Before the Dawn in London later this year.

“I have no idea what Kate will do on stage later this year. She could stand there with a nose flute for all I care. True to form and in keeping with all of her artistic decisions, she has truly earned the right to do whatever the hell she wants. I’m just glad we get to witness it on her terms.” Visit the Gay Times site here. (thanks to Gary Sutton-Boulton for the magazine shots)