“At around midnight on a clear London night in the spring of 1977, an 18-year-old Kate Bush sat at an upright piano in her flat in Wickham Road, Brockley, and wrote Wuthering Heights. Inspired by the novel by Emily Brontë, with whom Bush realised she shared a birthday, the song took just a few hours to craft. “There was a full moon, the curtains were open and it came quite easily,” Bush told her fan club in 1979.

But despite the song’s easy creation, no one, Bush included, could have predicted the impact that Wuthering Heights, her debut single, would have on popular culture. Released 40 years ago tomorrow, during an era when disco and punk reigned, it knocked Abba’s Take a Chance on Me off the number one slot and turned Bush into a global star.” 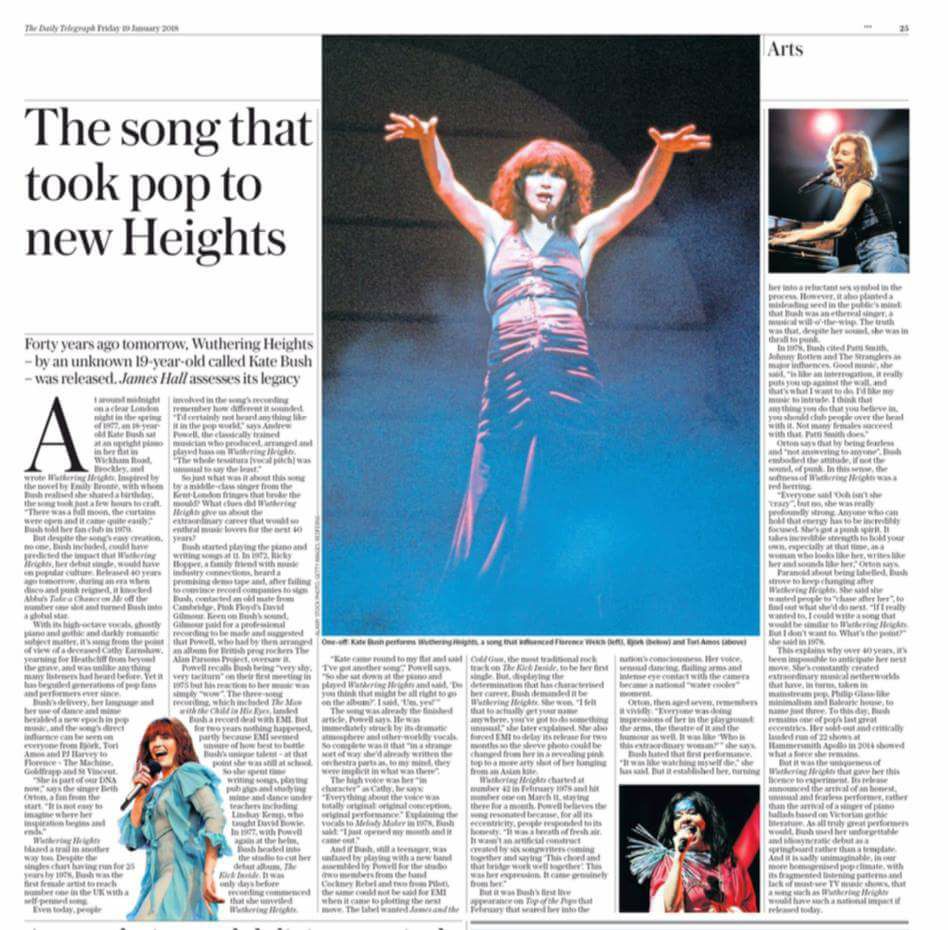