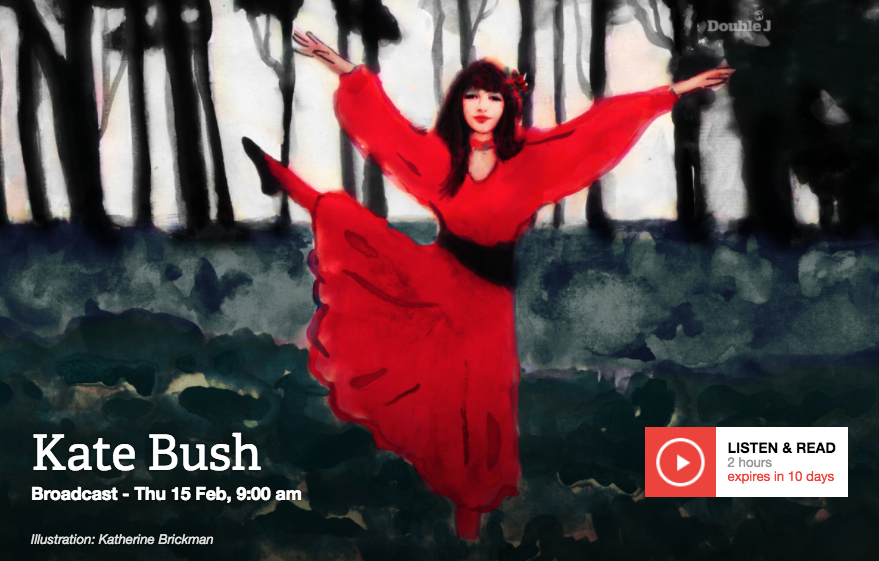 Australian digital radio station, Double J, has today broadcast a 2-hour 40 Year special on Kate! Read much more on their site and listen to the programme stream, hosted by Gemma Pike, at their site here. A rare Australian TV interview clip from 1980 is also included on their Facebook page:

In the lengthy accompanying article, we get a mention: “The katebushnews.com forum is one of the nicest places you could ever visit, despite being on the internet and popular, with 441,000 posts. Although it’s hard to tell, members appear to be mostly English, middle-aged, and deeply in love with Kate.”

“If you’re not at least fascinated by the career of Kate Bush, then you must be pretty hard to please.

This singular artist has released ten albums across a hugely sporadic career that has served as a real ‘feast or famine’ situation for her adoring fans.

Among those records are some of the most cherished, boundary-pushing, polarising and fascinating pop songs of all time. Many have tried, but no one has ever managed to release something both as strange and beautiful as ‘Wuthering Heights’, or as passionate, relatable and literate as ‘Running Up That Hill’. And that’s not even scratching the surface.

Match that with just a handful of live performances over the past four decades and there’s plenty to talk about when it comes to this esteemed artist.

Join Gemma Pike for the Kate Bush J Files, 40 years on from the release of her debut album, Thursday 15 February from 8pm AEDT.”