In How To Be Invisible (book), Kate Bush news 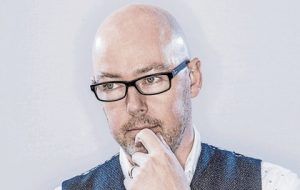 John Boyne, bestselling author of The Boy in the Striped Pyjamas, writes in The Irish Times about his discovery that reading the lyrics in Kate’s new book, How To Be Invisible, is to experience her songs in an entirely new way. He writes:

“Knowing the albums as well as I do, reading these familiar lyrics is to experience the songs I love in an entirely new way. They’re not structured chronologically here, and there’s more focus on the later work than the earlier, but this adds an interesting element, for Bush has clearly chosen each juxtaposition for a reason. Breathing, for example, a song about nuclear war, is placed next to Experiment IV, which recounts a military plot to create “a sound that could kill someone from a distance”, and this is followed by Joanni, a song about Joan of Arc. The entire section is introduced by the classic Army Dreamers and ends with O England My Lionheart, where “the soldiers soften, the war is over, the air raid shelters are blooming clover”. And these five songs are drawn from four different albums. It’s so subtle, but it’s so smart.” Read the full review here.