WIN! The Kick Inside drumhead signed by Del, Preston and Stewart! 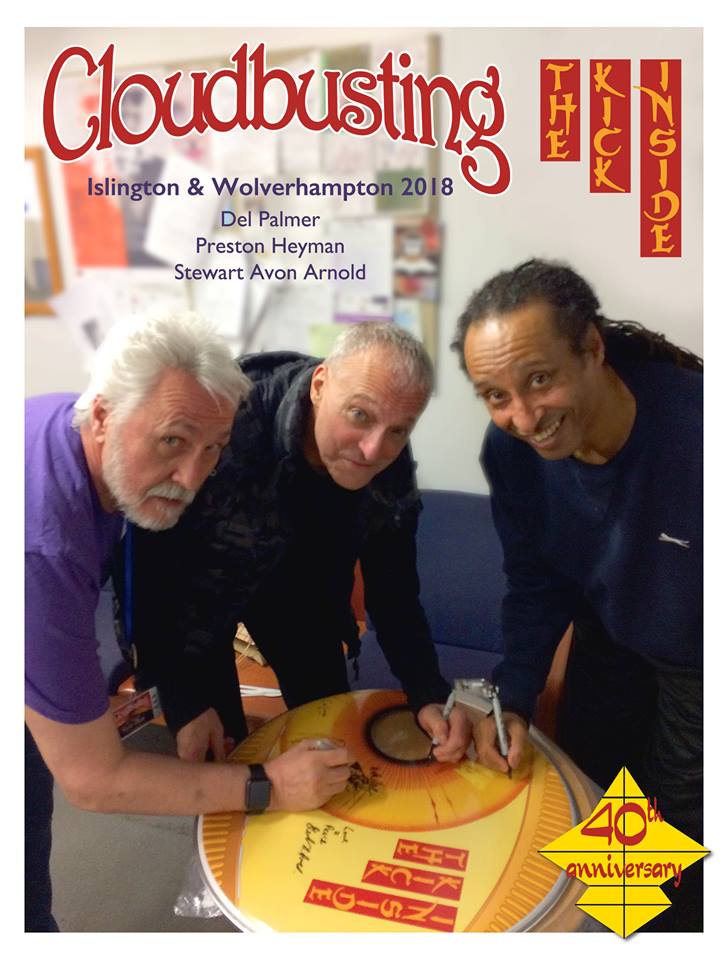 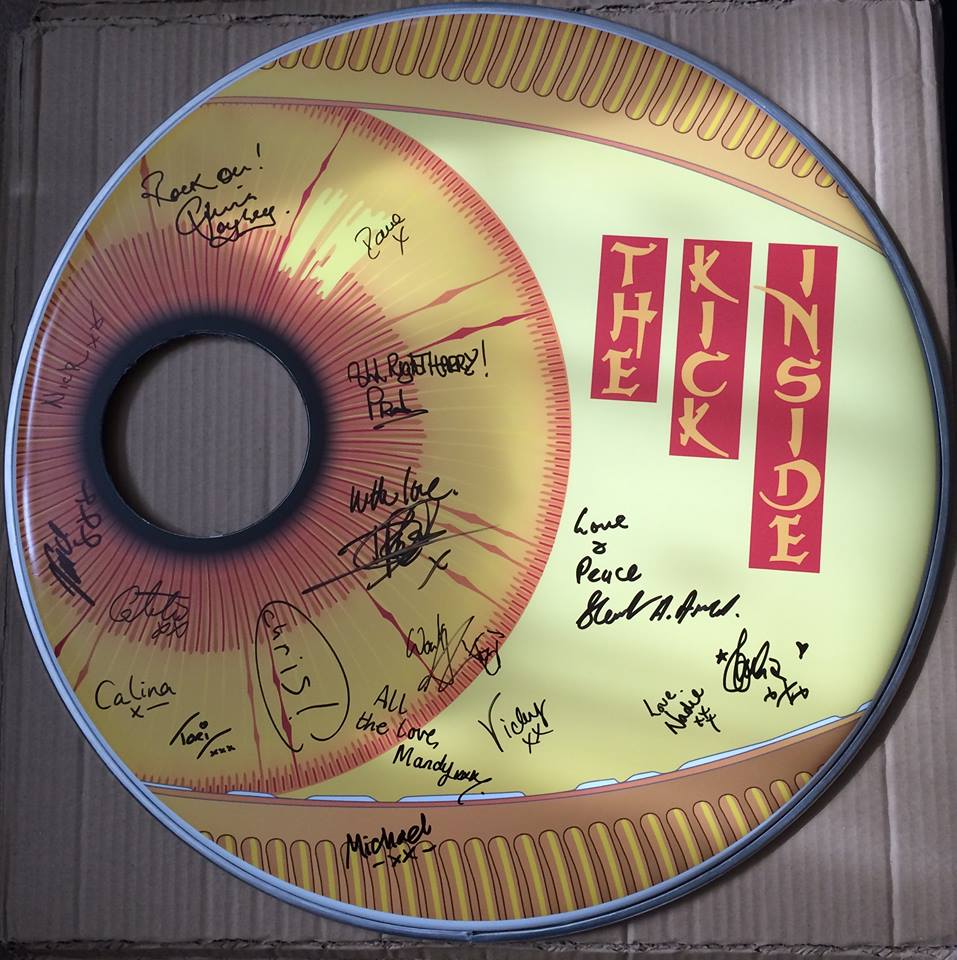 Tribute band Cloudbusting are also doing their bit to help support the Crisis homelessness charity with an Ebay auction of a very special item. They write:

“On 17th February 2018 the UK based tribute band ‘Cloudbusting – The Music of Kate Bush’ performed a sold out concert at Islington Assembly Hall to celebrate exactly 40 years since the release of Kate Bush’s debut album The Kick Inside. They were joined on stage by a host of extra musicians and surprise guests including…

Preston Heyman: Drummer on the 1979 ‘Tour of Life’ & Christmas TV Special who went on to record in the Studio with Kate on the albums ‘Never for Ever’ and ‘The Dreaming’.

Stewart Avon Arnold: Dancer on the 1979 ‘Tour Of Life’ & Christmas TV Special who went on to appear in many of Kate’s videos including a featured role in ‘The Line, The Cross And The Curve’.

Del Palmer: Probably Kate’s longest serving and closest collaborator, Del began his involvement with Kate in 1977 as a member of the KT Bush band and has worked with her as a musician and recording engineer ever since. He played Bass Guitar on the 1979 ‘Tour Of Life’ & Christmas TV Special and the albums ‘Lionheart’, ‘Never For Ever’, ‘The Dreaming’, ‘Hounds Of Love’, ‘The Sensual World’, ‘Aerial’ and ’50 Words For Snow’.
He is also credited as an engineer on ‘Hounds Of Love’, ‘The Sensual World’,’The Red Shoes’, ‘Aerial’ and ’50 Words For Snow’. 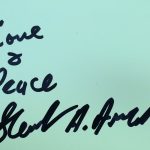 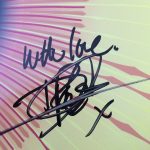 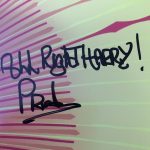 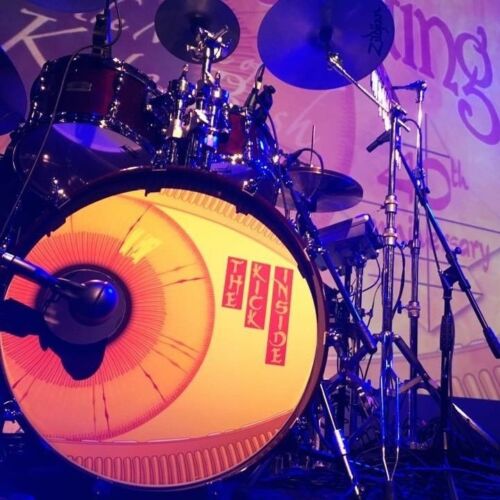 Such was the demand for tickets for the show that they took the same production to the Wolverhampton Grand Theatre on 21st March 2018 for a final ‘encore’ performance. At this show all the performers including Del, Preston & Stewart signed a specially designed 22″ diameter Bass Drum head to commemorate the occasion. In light of the recent Kate Bush Remastered Pop-Up shop in aid of Crisis UK it has been decided to auction this unique piece of Kate Bush related memorabilia for the same charity. A glossy print of the picture of them signing the head will also be included.

For clarity, two matching bass drum heads were originally manufactured with the same design, one is owned by Cloudbusting and was used on the drum kit for live shows throughout 2018 (as shown in the picture), the other was not used and it is this one that was signed and is being auctioned in aid of Crisis UK.”

Click here for the auction which runs on Ebay till 8pm on February 10th – all proceeds going to Crisis.