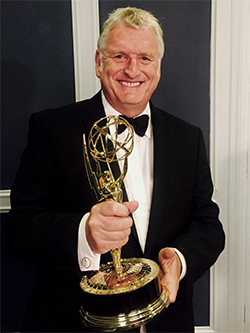 So, while I was recording the podcast commentary for my The Line, The Cross & The Curve re-watch episode, I rather rushed through the credits section at the end and made an error which is worth pointing out! When the name “Laurie Borg” popped up, I mistakenly said that “she” was Kate’s foot double for some dancing shots. Laurie Borg is in fact a he and is now a highly regarded producer on TV shows such as Peaky Blinders and Black Mirror. He was First Assistant Director on Kate’s film in 1993. It was the similar sounding Lucy Burge whose name I was looking out for, but she is seemingly uncredited on the short film, as it happens.

Lucy is a dancer and choreographer and is currently directing movement for Hansel and Gretel at the Royal Opera House. She danced in productions with Rudolf Nureyev in the 1970s. Lindsay Kemp mentioned Lucy’s involvement in an interview about The Line, The Cross & The Curve with Dante Magazine in November 2016: 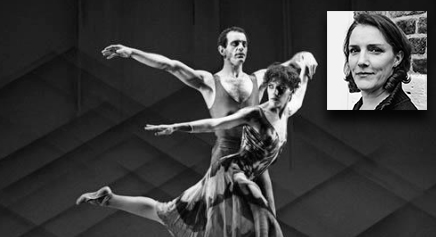 “When I arrived for the first meeting with Kate, she was staggering around en pointe in a pair of red toe shoes, which I really advised her against doing – it can be fun to dance on your toes but it can also be dangerous without the proper training. I brought in Lucy Burge, who was a ballerina with my company and had been a leading dancer with the Ballet Rambert. She helped with the choreography and she was Kate’s foot double, which I think nobody knows about.” So, apologies to Laurie and Lucy but it lead to a fun bit of research besides  – Seán 🙂

WIN! The Kick Inside drumhead signed by Del, Preston and Stewart!