The website of the London Metropolitan Orchestra has updated with news of Kate’s orchestral recording sessions with them at Abbey Road studios a few weeks ago. According to the site:”Michael Kamen wrote the string arrangements which will appear on Kate Bush’s forthcoming album. LMO recorded the two tracks at Abbey Road Studio 2 on Saturday 11th October.Michael Kamen has collaborated with Kate Bush on numerous occasions, including writing string arrangements for her last album which LMO performed. They worked together in the mid 80s on the soundtrack for the Terry Gilliam film “Brazil” and a version of the title track appears on Michael’s album “Michael Kamen’s Opus”. Michael Kamen conducted the 16-piece string section and the engineer was Simon Rhodes.” They finish by saying: “Keep watching the site for news of a release date and a “buy” link on the recordings page.” Read more here. 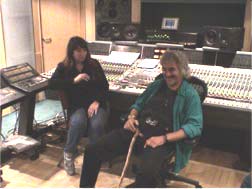 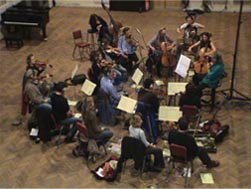 So, at what stage does this mean the album is at? Peter Fitzgerald Morris of HomeGround has posted his thoughts on our site’s forum: “We had heard a few weeks ago that Kate would be doing her final recording work at Abbey Road, and did hear on the day she went in, but we were not able to break the news at that point. It was one of the reasons that we were still confident that work on the album is coming to an end as we stated in the last issue of HomeGround…a release date in Spring next still seems quite a reasonable target. But we’ll see.” Check out the forum to see fan reaction to this, our first glimpse of Kate in a studio for what seems like an eternity.