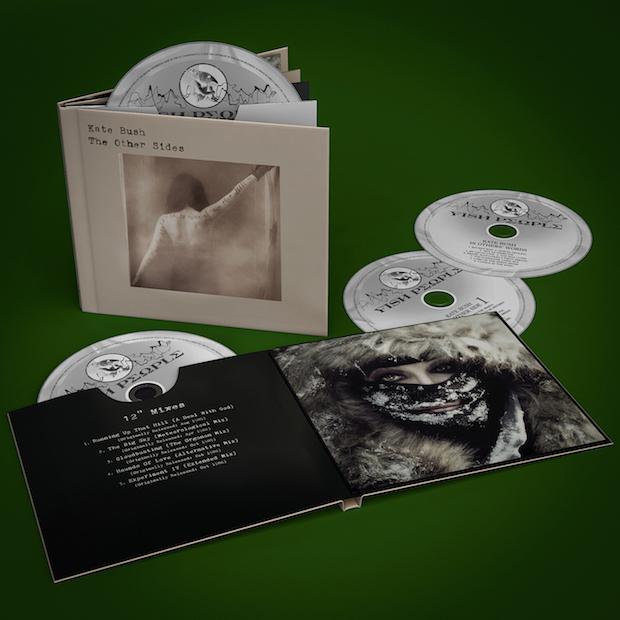 In the run up to the March 8th release of Kate’s new 4 CD rarities selection, The Other Sides, she has been selecting tracks to write short anecdotal notes about on her official site. Having written about Rocket Man (see article here) she has turned her attention to Experiment IV (two versions of the track are in the set) and Under The Ivy.

About the Experiment IV video shoot in 1986, Kate writes:

This was written as an extra track for the compilation album The Whole Story and was released as the single. I was excited at the opportunity of directing the video and not having to appear in it other than in a minor role, especially as this song told a story that could be challenging to tell visually. I chose to film it in a very handsome old military hospital that was derelict at the time. It was a huge, labyrinthine hospital with incredibly long corridors, which was one reason for choosing it. Florence Nightingale had been involved in the design of the hospital. Not something she is well known for but she actually had a huge impact on hospital design that was pioneering and changed the way hospitals were designed from then on. 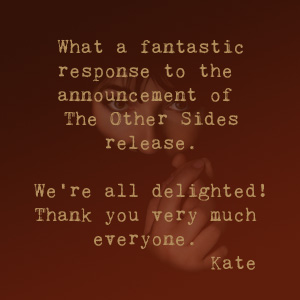 The video was an intense project and not a comfortable shoot, as you can imagine – a giant of a building, damp and full of shadows with no lighting or heating but it was like a dream to work with such a talented crew and cast with Dawn French, Hugh Laurie, Peter Vaughn and Richard Vernon in the starring roles. It was a strange and eerie feeling bringing parts of the hospital to life again. Not long after our work there it was converted into luxury apartments. I can imagine that some of those glamorous rooms have uninvited soldiers and nurses dropping by for a cup of tea and a hobnob.

We had to create a recording studio for the video, so tape machines and outboard gear were recruited from my recording studio and the mixing console was very kindly lent to us by Abbey Rd Studios. It was the desk the Beatles had used – me too, when we’d made the album Never For Ever in Studio Two. It was such a characterful desk that would’ve looked right at home in any vintage aircraft.

Although it was a tough shoot it was a lot of fun and everyone worked so hard for such long hours. I was really pleased with the result.

About Under The Ivy, Kate recalls:

I needed a track to put on the B-Side of the single Running Up That Hill so I wrote this song really quickly. As it was just a simple piano/vocal, it was easy to record.

I performed a version of the song that was filmed at Abbey Rd Studios for a TV show which was popular at the time, called The Tube. It was hosted by Jools Holland and Paula Yates. I find Paula’s introduction to the song very touching.

It was filmed in Studio One at Abbey Rd. An enormous room used for recording large orchestras, choirs, film scores, etc. It has a vertiginously high ceiling and sometimes when I was working in Studio Two,  a technician, who was a good friend, would take me up above the ceiling of Studio One. We had to climb through a hatch onto the catwalk where we would then crawl across and watch the orchestras working away, completely unaware of the couple of devils hovering in the clouds, way above their heads!  I used to love doing this – the acoustics were heavenly at that scary height.  We used to toy with the idea of bungee jumping from the hatch.

You can pre-order The Other Sides here

Seán Twomey has been running the Kate Bush News & Information site since January 1998.
View all posts by Seán →
This entry was posted in Kate Bush - Remastered (2018), Kate Bush news, The Other Sides (2019). Bookmark the permalink.