Symphony in Blue: Kate Bush and her Legacy by Marta Oliehoek-Samitowska

It is said by some that Kate is not known to a younger generation of music fans. It is scarcely true in a situation when a Kate cover is an inevitable part of ‘Britain’s Got Talent’, or ‘The Voice’, or whatever new talent show is currently occupying the airwaves. What is more to the point, and to the Editors of HomeGround became more noticeable as time went on, was the number of new musicians, not all female, who claimed influence and inspiration from Kate, to the point where we started to chronicle these in the magazine. Of course with lazy music critics seking to easily pigeon-hole any new female artist (or energetic pluggers seeking to get publicity for a new artist), it was always too easy to label them as “the new Kate Bush”, just as in her time Kate was compared to Joni Mitchell and Laura Nyro. 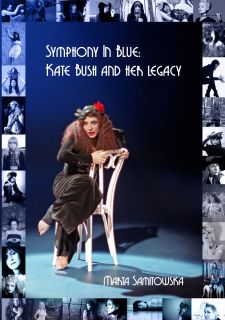 In this very readable new book Marta has delicately interrogated a goodly number of new and recent female artists to determine exactly what that influence was, whether direct in terms of musical composition, or indirect in terms of inspiration to do their own thing and take personal charge of their career.

The book is cast in three main sections, with intermissions in which the interviewees discuss their favourite Kate tracks. In The Art of Comparing Marta deals with the whole question, and the value of making such comparisons, and encourages her interviewees to discuss  their own reactions. Heather Nova believes that Kate is one of the three biggest influences for female artists today, the others being Patti Smith and Joni Mitchell. Emily Bezar believes the only singer that can compare with Kate and Joni is Arethe Franklin. But just as Kate herself had claimed influence from David Bowie, Elton John, Genesis and The Tubes, this new generation of female artists also point that Kate is one of a number of inspirations, Polly Scattergood being happy to cite Leonard Cohen.

In the second main section, Art Pop Marta considers with the musicians the nature of Kate’s work in sections which deal with the voice, the lyrics, the production, and the image and performance. It is in the voice that many find a true distinctiveness, an instrument of emotion and passion, in its character and use of high register almost set against the all pervading influence of soul and R’n’B. Perhaps as Shara Worden notes, it was an inspiration to others to use their vocal telents in different ways, as they saw fit, not as the music machine would like. Terami Hirsch points to the storytelling in Kate’s songs, and her varied sources of inspiration from Cathy to a Vietcong fighter, and the need to get under the skin and express what they felt. Anja Gabarek notes the thoroughness with which Kate works, every single layer on each album placed there for a purpose. 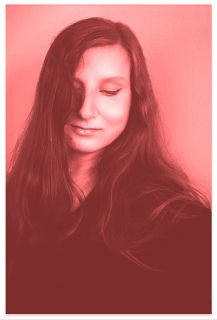 als with The Art of Covering Kate “from power metal to dance, to folk, to … a drag act”. The artists discuss their own cover versions, and those done by others, and perhaps you will discover here versions of Kate’s of which you never heard: Sarah Daly’s Babooshka, Elver Palsdottir’s Hounds of Love, Cloudbusting by Novembre and also by Paper Crows and Charlotte Martin. This Woman’s Work by Marie Invie. Marta discusses with Jemima Price her album of Kate covers, and their performances with The Hounds of Love tribute band, and the caberet act of Niki  Romijn, and many others who have trod the fearsome path of covering Kate’s songs.

The book is wrapped up with reactions to 50 Words for Snow, and the questions these artists would themselves like to put to Kate one fine day. An excellent volume which we highly recomend with much to consider about the nature of Kate’s art and how that is received by so many creative people in many different ways. This is finally a primer of a lot of very interesting musicians of which you may not have heard. I’d suggest you remedy that as soon as possible, as I will.

More information here. You can obtain the book here.

Kate receives her CBE from the Queen! Dedicates it to her family, friends, fellow musicians…and all of us!

Kate lends her support to Liam – now out of “The Voice”