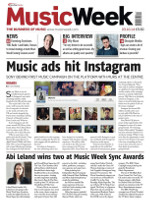 In this week’s edition of the UK music industry magazine, Music Week, two specially placed advertisements are prominently featured. One, a full page ad from the Eventim Apollo venue itself, applauds Kate’s success at selling out 22 shows. Another two-page spread has been placed in the issue by the concert promoters SJM, and it highlights some of the sensational reviews Kate’s Before the Dawn shows gathered while they ran.

You can click on each image for a larger version of both scans. More about Music Week (subscription info etc) can be found at its website here. 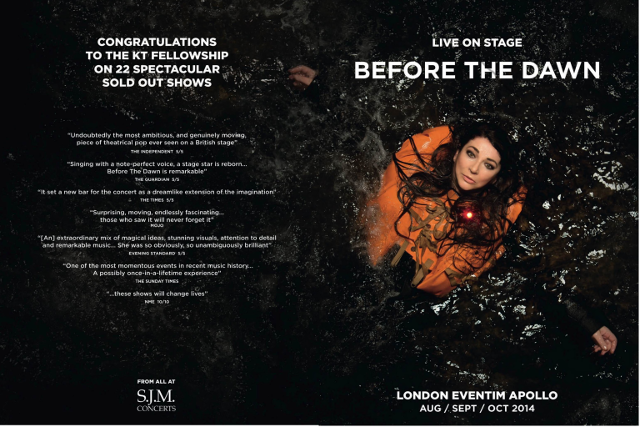 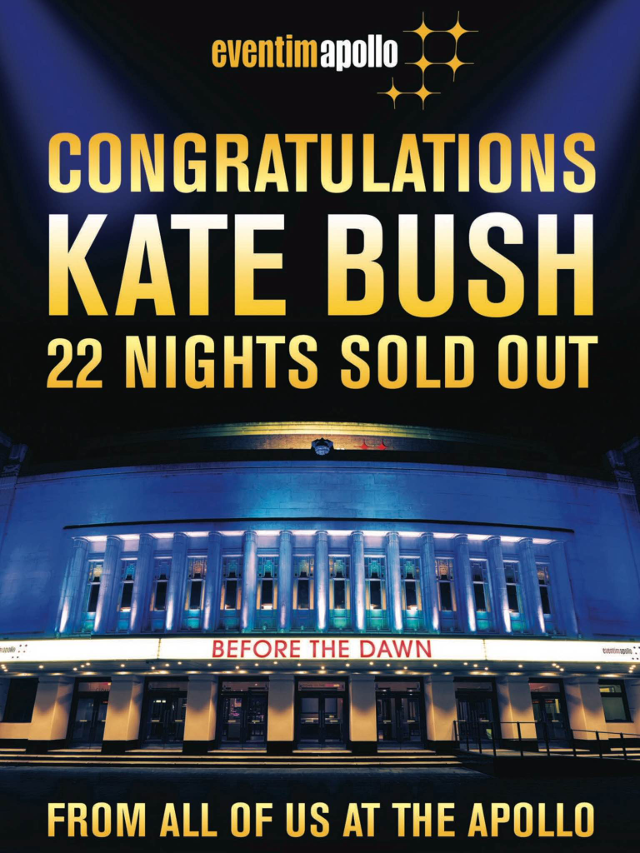